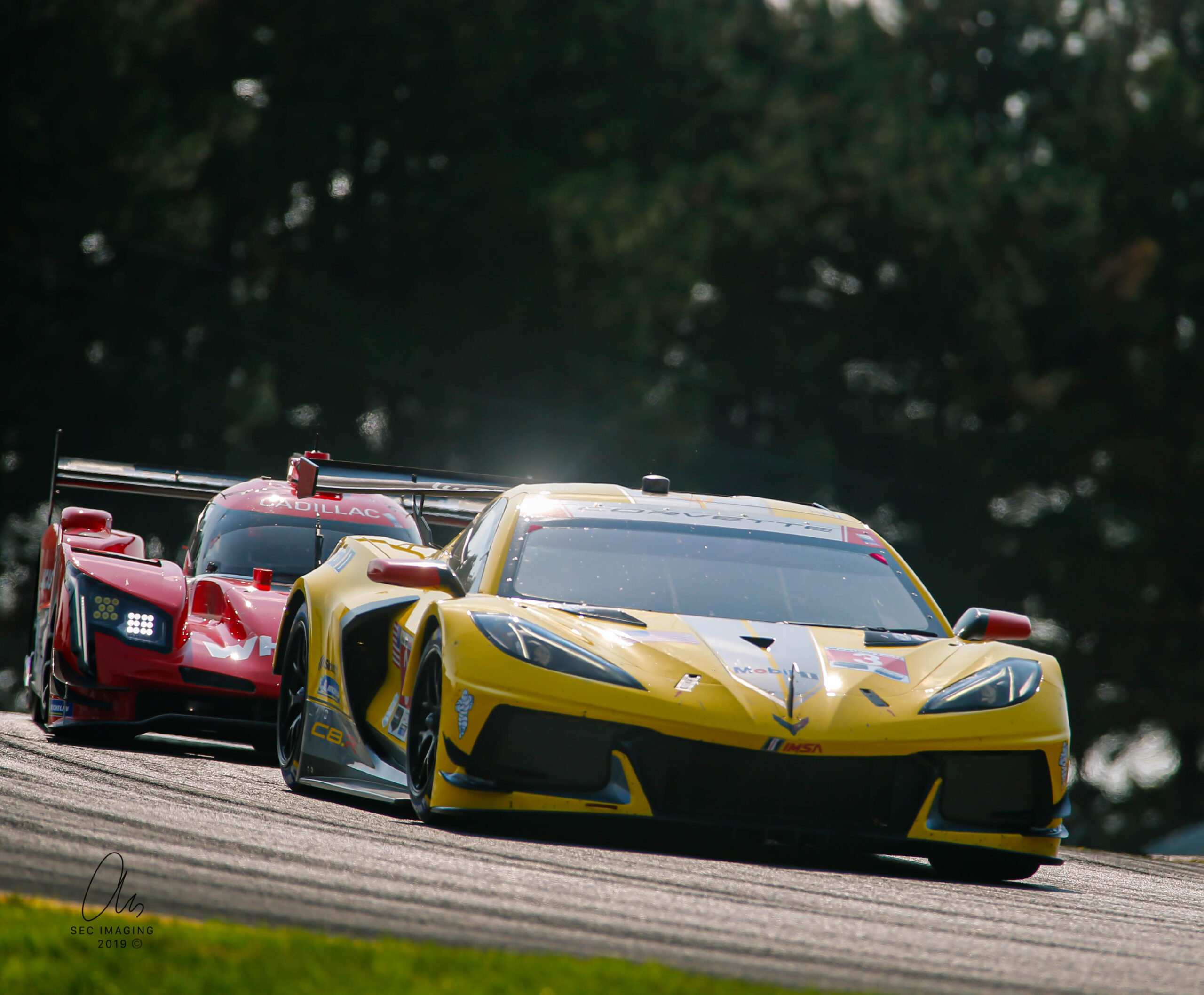 Jordan Taylor and Chase Elliott aren’t teammates in the truest sense of the word. While they are not competing in the same race, the two drivers will be working together this weekend at the Charlotte Motor Speedway ROVAL.

The connection between the pair is General Motors. More specifically, Chevrolet’s Driver in the Loop simulator, located just outside Charlotte, North Carolina.

Taylor co-drives the No. 3 Chevrolet Corvette C8.R in the GT Le Mans class of the IMSA WeatherTech SportsCar Championship. Elliott pilots the No. 9 Hendrick Motorsports Chevrolet Camaro in the NASCAR Cup Series. Both forms of racing will be in action this weekend on the Charlotte ROVAL in a unique IMSA/NASCAR doubleheader.

It is worth noting, Elliott is the defending champion of the ROVAL Cup race. Additionally, he scored a win earlier this year in the Cup Series’ first-ever race on the Daytona International Speedway road course. That course, like Charlotte’s ROVAL, features a portion of the high-banked oval along with an intricate infield section. The 24-year-old son of NASCAR legend Bill Elliott credits Taylor for assisting in that win.

“I talked to Jordan a lot,” Elliott said. “He was kind enough to share a lot of his notes and things from his past experience at the track, which I found to be helpful. I really appreciated the help from him and everybody that contributed. Definitely, a lot of prep work went into that, and I think it showed.”

In turn, Elliott gave Taylor an idea of what to expect from the Charlotte ROVAL as IMSA competes there for the first time this Saturday. NASCAR will make its third trip to the 10 turn road course set inside of the CMS oval on Sunday.

It’s a course that has produced some memorable, slam-bang NASCAR action. In the first running, Ryan Blaney was handed a gift as Jimmie Johnson and Martin Truex, Jr. spun in the final corner. Last year, Elliott rallied to prevail after stuffing his Camaro into a tire barrier during a restart just past the halfway point.

Elliott described the Charlotte Roval as “choppy.” He noted, “It doesn’t flow very good and it’s hard to get into a rhythm and do things consistently lap after lap.”

The challenge Taylor and Garcia will face this weekend is that lack of rhythm and consistency. For the duo, a one day test and simulator time won’t be enough to get into a rhythm on a new track quickly. Taylor and Garcia have won four WeatherTech Championship races this year. They also lead the GTLM standings in a highly successful first season for the Corvette C8.R.

For Corvette Racing, the simulator testing without on-track work has brought additional hurdles. The limited track time has hampered the development of an all-new, mid-engine design.

IMSA gave drivers a one day test on the Roval, and according to Taylor, a little simulator time helped. “I think having a day at the simulator to kind of figure it out definitely sped up the learning process.”

Taylor added, “By the time we got to the track we had a better understanding of curbs and corner entries. It was definitely a big help. I think having the Chevy simulator to use has been a big part of our whole season.”

According to Taylor, “Chase had a big part in developing the ROVAL stuff on the simulator.” This information will be big for Taylor.

It’s not inconceivable that NASCAR star Elliott could join Corvette Racing for an IMSA endurance race sometime in the future. “I’ve always enjoyed watching the Rolex 24-hour race. I think it would be a blast,” Elliott shared.