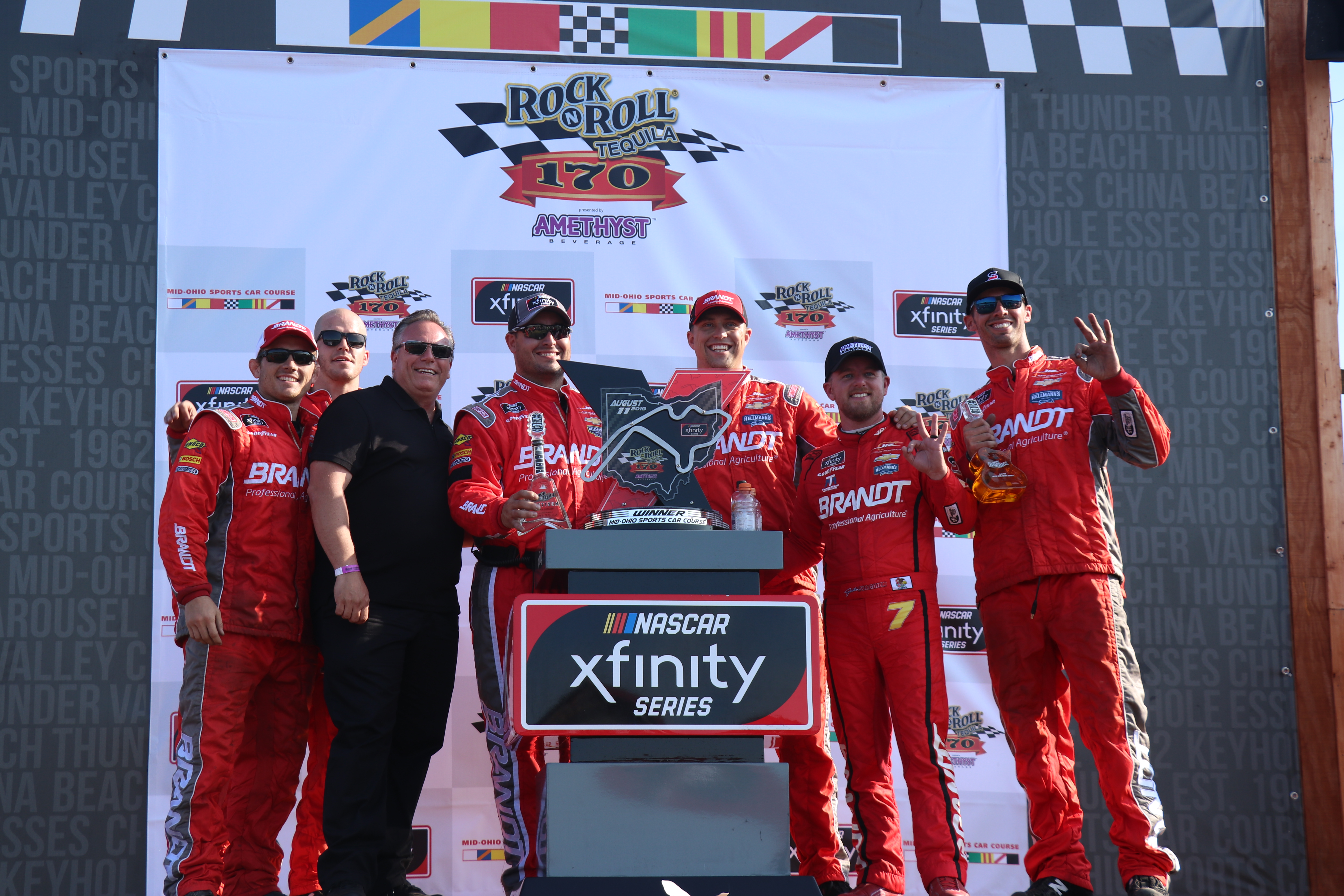 For 69 of the 75 laps of the Rock ‘n Roll Tequila 170 it was a battle for second behind Austin Cindric.  Then a caution with 7 laps to go and Jason Burdett called Justin Allgaier to pit road for new tires. Allgair said after the race that he wanted to come and get tires after getting spun and had to pit.” “Jason was going back and forth about coming to get tires, but I knew what we were running  on.” Allgaier added, and it wasn’t good.

Cindric had the race in hand leading a race high 59 of the 75 laps around the 13 turn 2.258 mile road course. But, the restart with 6 laps to go was the key for Allgaier as he got a good push from Elliott Sadler and drove to the left, the prefered line heading under the bridge and in to turn one. Allgaier would clear Cindric heading up the hill to turn two. He said after the race that he only wanted to do one thing, “Not screw up!” He did just that and would roll to victory lane for the third time this season.

“This is so big for us. We needed this win. He added,  the big thing was the bonus points that they take home for the win. Those bonus points help closes the gap on Christopher Bell. Jason Burdett said this is big for us, especially with the Roval at Charlotte being in the playoffs. Accumulating those points and trying to secure that regular season championship.” This is a big step in that direction for the JR Motorsports team.

Hot Under The Helmet

The race wasn’t without incident. Ross Chastain and Joey Gase had contact in the late parts of the race, each of the drivers spinning the other. Then on pit road following the race, words were exchanged. Both drivers threatened the other saying this isn’t over. Chastain said on Friday that his only gal was to get through this race without incident.

Both drivers were called to the NASCAR hauler following the race. Those conversations are always kept private, but the comments from the drivers on pit road say this won’t end soon.

Justin Allgaier now heads to Bristol hoping that he hasn’t upset anyone and can survive that to get to Road America. The 3rd road course of the season and one that is a combination of Watkinds Glen and Mid-Ohio according to Allgaier. It could be another good week for the one they call “Little Gator”.