Marcus Ericsson Looks For Another Boost At Mid-Ohio 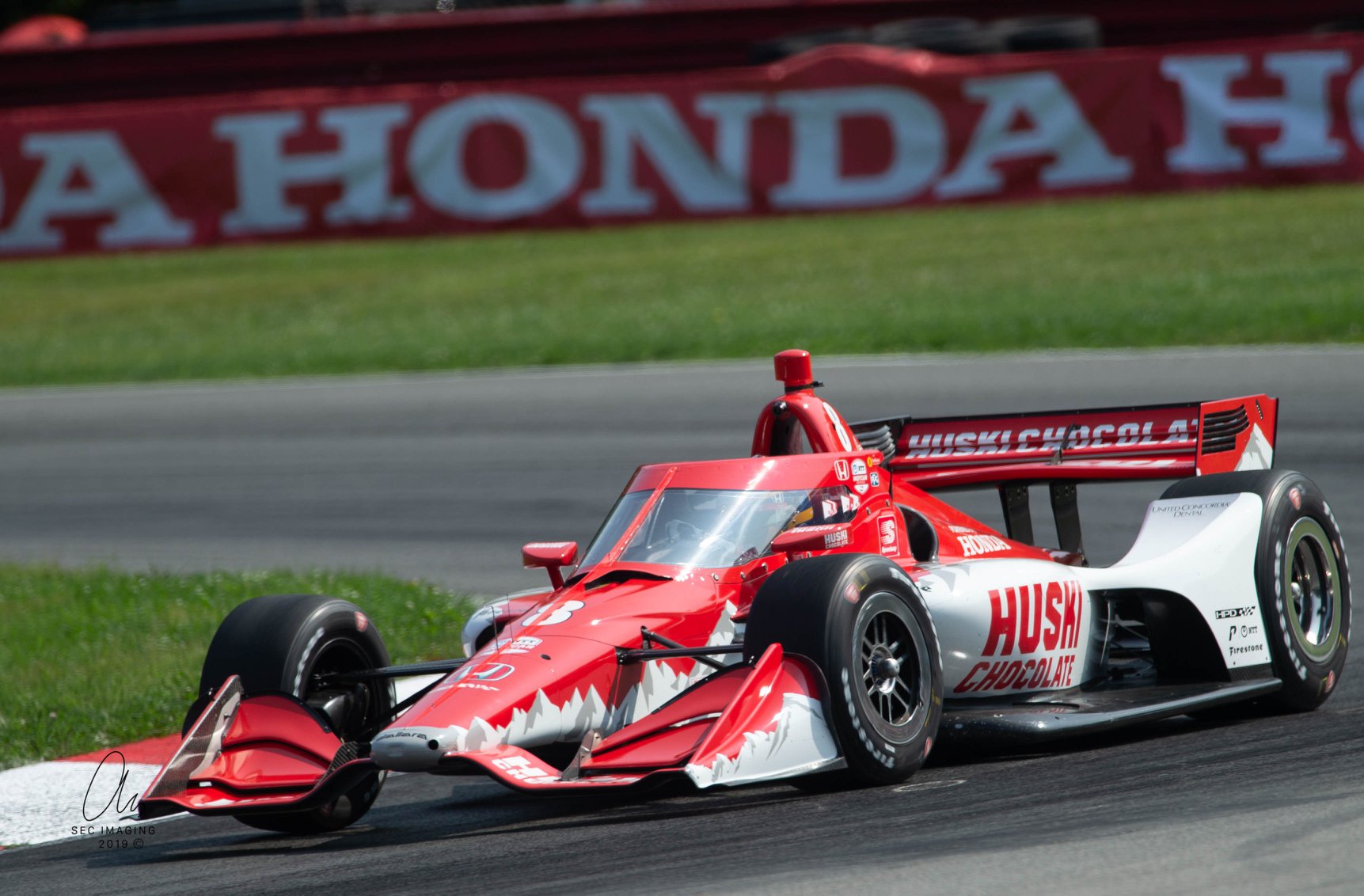 31-year-old Marcus Ericsson of Sweden has spent the last three weeks on a whirlwind tour.

Ericsson’s past three weeks includes strong runs at Detroit and most recently at Road America, where he had a shot to win again when he pursued eventual winner, Josef Newgarden, at the end.

This all follows one of the biggest days of his career when he won the 2022 Indianapolis 500.

“It’s still hard to believe that I won the biggest race in the world,” Ericsson said. “You think about [it] all the time, but you never know if it will happen. Then when it does and you hear people say, ‘Marcus Ericsson, Indy 500 winner,’ you just stop and think. What did they say? Really, then reality hits you and it’s true.”

Ericsson has been nonstop he said after the win, but business at hand required him to refocus and get right back to to work the next weekend.

“I really would have liked to had the next weekend off,” Ericsson said. “I was on the go from the time the checkered flag fell on Sunday until we took the green flag in Detroit at Belle Isle, but it was great to be able to do all of that and then get back to work the next weekend.”

One situation that Ericsson said he’s noticed since winning the Indy 500 is the popularity that comes with it. After coming to the U.S. from Formula 1, where the fanbase is worldwide and very intense in their following, it’s become similar here after winning the 500.

Ericsson said when he went home to Sweden this past week, he ran in to a lot of people that recognized him that weren’t even race fans.

With an Indy 500 win comes fame, but for Ericsson, like many drivers, as he said, “This was awesome to do for the guys in the background, the crew at the track, my spotters, the men and women of CGR. There were a lot that never had won an Indy 500 so, even though I’m the one in the spotlight for driving, it’s even bigger for me to give to them.”

Luckily for Ericsson and the rest of the NTT INDYCAR Series teams, a weekend off did come this past Sunday for Father’s Day before preparing for Mid-Ohio, round nine of 17 before a champion in crowned.

Mid-Ohio is not only a strong track for Ericsson, who finished second to Newgarden in 2021, but overall for Chip Ganassi Racing. Ericsson’s teammate, Scott Dixon, has six career wins and while Alex Palou, defending series champion, placed third.

“We (Chip Ganassi Racing) have always felt good coming to Mid-Ohio,” he observed. “It’s a tremendous track for all of us. My teammates have been very strong with the legend Scott Dixon dominating here. “I was so close last year to winning here, probably just needed another lap or two and I could have gotten by Newgarden, but it didn’t work out, so I’m really looking forward to the Honda 200 at Mid-Ohio again.”

One of Ericsson’s teammates, Jimmie Johnson, will make his second career start at Mid-Ohio. Ericsson spoke highly of the seven-time NASCAR Cup Series champion as he said, “I’ve been really impressed with Jimmie. He’s come and take on a completely different type of racing style, he’s adjusted to the lighter car and he continues to gain speed every week.”

Johnson has shown more and more speed as he continues to learn these tracks. He led his first laps and did it on the biggest stage in Indianapolis before a late race crash.

Ericsson said, “He was really fast at Texas on the oval, which shouldn’t be a big surprise because of his background. But he’s growing and learning how to handle these cars, and the more road courses we run on, he will continue to get to the front of the field and be another force for Chip Ganassi Racing.” The line-up at CGR is second to none and for Ericsson to be amongst these big names is special.

“It’s great to work with these guys,” he offered. “You’ve got Scott (Dixon), who is just a pure legend and the greatest to ever drive an INDYCAR. That’s the wily old veteran that no matter who you are and how fast you are, you’ll have to deal with.

“Then you have Alex Palou, another champion but the quiet one that can make you ask, ‘Where did he come from?’ as he passes you on the last lap of the race to win. Both of these guys are so great to race with. They each make me better and I’ve learned a lot from both of them since joining CGR.”

For Ericsson and the rest of his teammates, they will have a tough task at Mid-Ohio.

“We’ve got the Penske guys to deal with,” he offered. “They will be up there for sure. The competition is so tight you never know who you could be battling with week after week. Newgarden won last year, and I figure I’ll be chasing him at some point again.”

Well, for the time being, Ericsson has everyone chasing him for the 2022 NTT INDYCAR Series championship. If the momentum continues off of his big Indy 500 win, watch out for the driver of the No. 8  Huski Chocolate Drink Honda.

He wants to make up for the short coming last year at Mid-Ohio and that would only bolster his shot at adding his name to an even bigger trophy in September.

In the Hot Seat with Jimmie Johnson