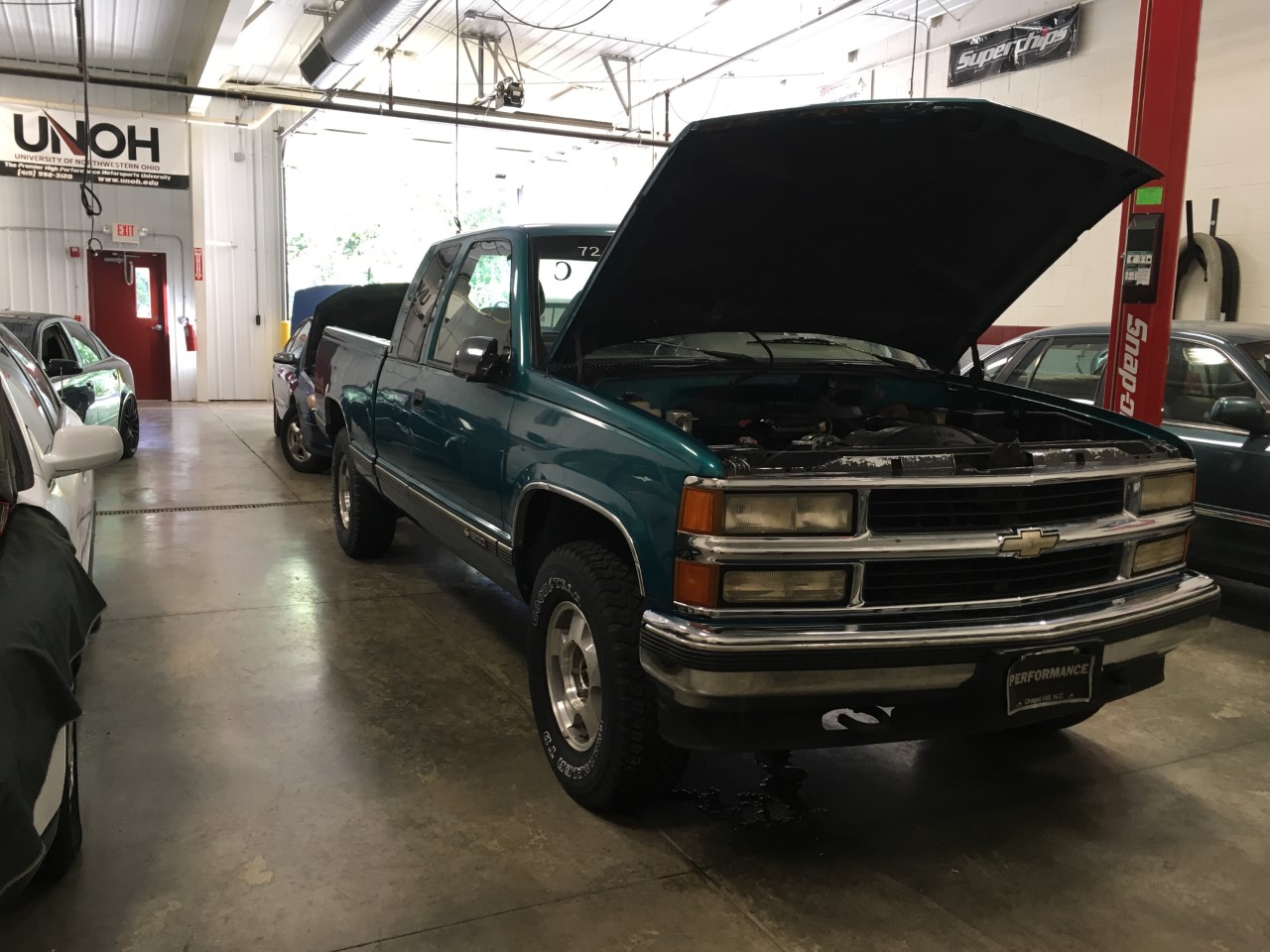 Facing adversity is something that people rarely see coming. It hits you like a brick wall. It catches you off guard. Sometimes, it hurts people down to their soul. But, for me, I’m the opposite. I expect to face adversity and I turn it into a motivation tool. It is something that drives me to my goals even more so than any moral or emotional support. Why, you may ask?

If you could see me as I am sitting in front of this computer screen, you would see a typical college student. Sweatpants on, Ramen noodles in hand, and a stack of textbooks piled next to the couch. However, don’t be fooled. I’m not an ordinary college student attending an ordinary college. I’m an Automotive/High Performance Motorsports student at the University of Northwestern Ohio. I live and breathe NASCAR. My goal is to, one day, become a technical specialist for a big-time team in the Monster Energy Cup Series. I will do whatever it takes to reach that goal, despite the setbacks I will encounter… because I am a girl.

Ever since I started my journey in the automotive industry at the age of 16, I have faced adversity. I was the only female in my high school shop class for two years. I encountered people who gave me a pat on the back for doing what they never thought a girl like me would do. I also encountered people who tried to tear me down and turn me away from doing what I love. They thought I would fail or that I would not be able to handle the masculine environment that I was destined to be in for the rest of my life. All because I was a girl.

Turning my back on racing was never an option for me. From the age of twelve and onward, I have been a die-hard NASCAR fan. If I’m not able to watch a race on TV, I either listen to it on MRN or SiriusXM. I have made it to Dover International Speedway, Wall Stadium, and New Jersey Motorsports Park on multiple occasions. I have made my mark on social media by connecting with hundreds of racing fans, drivers, crew members, and media members through Facebook. I have had the pleasure of meeting famous drivers, like Chase and Bill Elliott, John Wes Townley, Corey LaJoie, and more. But, my goal was never to be a fan for the rest of my life. I want to be a part of racing. I want to live and breathe what the guys on TV do. And yet, this crazy dream has opened doors for people to doubt me, because I am a girl.

I started attending UNOH in August of 2016. I am currently finishing up my fourth six-week session and I am starting one of the most difficult classes at this school on Monday: Electrical & Electronics II. When I first came to my friends and family about this school, I witnessed two polar opposite reactions. Some congratulated me and said that it was a unique and amazing opportunity. Others stared at me like I had two heads and told me that I was crazy. I took the former reaction to heart and ran with it. I applied, got accepted, and started at UNOH in the span of one year…and it was the greatest decision of my life. I have made many friends and I have been learning more than I ever thought possible. I have so many supporters behind me now that I am here, but there are still a select few who try to pull me down every chance they get.

“You will never get a job”. “You won’t make enough money to live a comfortable life”. “You won’t make it to NASCAR”. I’ve heard it all. But, I have never taken any of it to heart. I keep on going. The people who think that I won’t make it are sorely mistaken. I have too much on the line to sacrifice my dreams and my education for the opinions of others. I hope that one day, along with a career in racing, I can inspire other young women to follow their dreams of being in the automotive/high performance industries. Too much talent has gone unnoticed because of gender stereotypes. Not all women are dainty, fragile, clean freaks. Some of us love to get under the hood of a race car and get our hands greasy. I see myself as proof of that. I may be a 5’2” Honor Roll student from New Jersey, but I am also a heavy-lifting, hard-working technician. I am maintaining a 3.9 GPA at UNOH with three technical courses under my belt. I have applied for the UNOH Dirt Motorsports Teams and I am hoping to try out for the driving position in the summer. One day, I hope to expand upon my story and reach out to other young women in our industry. Because we can do whatever we put our minds and hearts to, even though we are girls.

Getting On Track with Kendra Adams
First-Timers; Drivers Dazzling In Their Daytona Debut