Greg Biffle Enjoying Family And One Off Racing 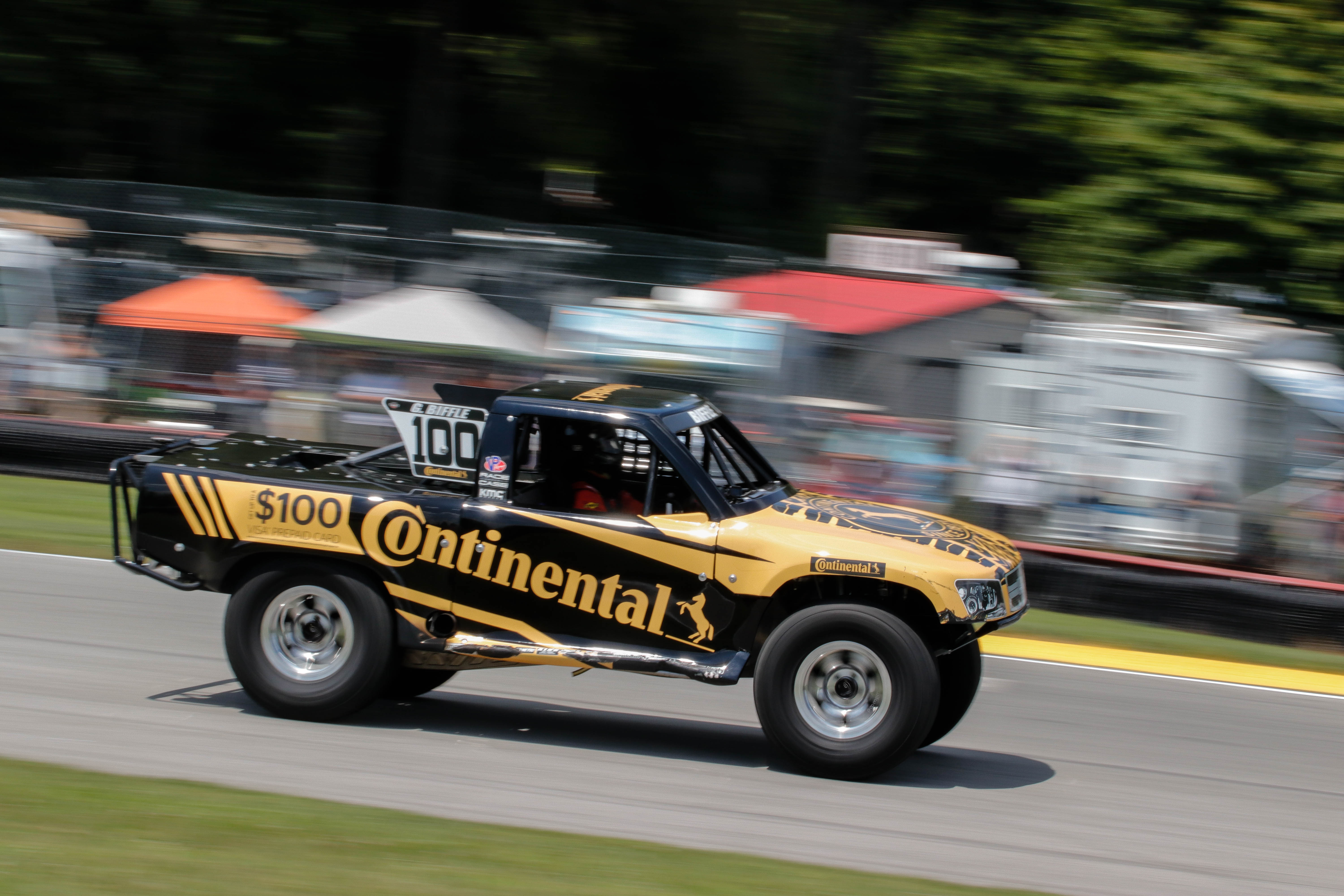 After 46 career wins in NASCAR’s top three series, Greg Biffle ended a full time career in 2017. But, don’t let that make you think Biffle isn’t at a race track somewhere. Early this year, Biffle jumped in the No. 51 for Kyle Busch Motorsports at Texas. This was the first win for Biffle in the Gander Outdoor Trucks Series since 2001.

Outside of that win earlier in the year, Biffle has been doing tv with NASCAR on NBC, and you can find him enjoying a random day at the race track. This time, in a truck of a different style. The Robby Gordon Stadium Super Truck Series has offered Biffle an opportunity to run without the demands of a 36 race schedule.

“These trucks really draft down the straightaways.” Biffle said standing outside of his truck at the Mid-Ohio Sports Car Course for round number 9. “These trucks are so fun to race, you jump, the front tires off the ground in the turns.” Biffle adds, everything about these make them so much to fun, and the fans really enjoy it.

This race at Mid-Ohio in the Super Trucks is only Biffles 3rd career start in this series, first in 2019. But with the win early in the year for KBM, it makes you wonder if Biffle missed NASCAR and the weekly competition. “I really like the one off starts”, Biffle said. I can think of a lot of things I can be doing with my weekends off. He said this as he’s leaning against a race truck with his daughter standing along side. You can tell he enjoys racing, but the interaction with his daughter, and spending time with his family is certainly a special time for a driver that spent 18 years away from home.

With Biffle’s run in this series, he reunites with, Robby Gordon. These two have traded plenty of sheet metal over the years.  That connection has also added a lot of fun for Biffle.

We’ve done a lot of things together since running this series, whether it’s here, or out in the desert. But, with only his third start, Biffle laughs saying it’s fun, but I think he’s got a bit of an advantage in these things. Even with all of Biffle’s success in other styles of racing, he says I’ve still got a lot to learn.

Biffle will run a handful of races in the Super trucks, but don’t expect a championship run anytime soon. He’s having just a little to much fun showing up, but getting back home to his family. There is a lot of catching up to do after 18 years.