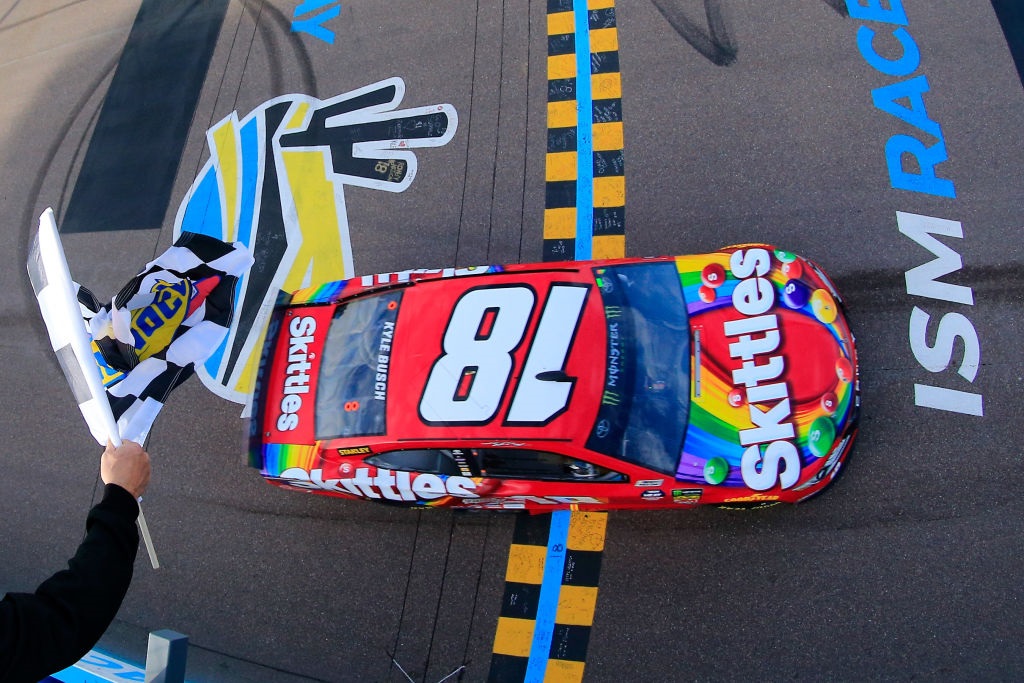 Another trip to the desert, Phoenix and ISM Raceway brough another dominating win for Kyle Busch. In Fact, as the Xfinity Series and the Monster Energy NASCAR Cup Series made their second stop on the west coast swing, it was good to be Kyle Busch.

Lets see who was the jewel in the desert and who left Phoenix, a little snake bit.

Monster Energy NASCAR Cup Series: It can be no one other than Kyle Busch. As he closes in on that magical number of 200 career NASCAR wins, Phoenix was just another dominating notch in that Hall of Fame belt. After suffering a major mental error a week prior that nawed at Busch, even after the Phoenix win. Busch looks to secure win number 200 in round number 3 of the west coast swing. Two chances as he will run both the Xfinity series and Cup series races again.

Monster Energy NASCAR Cup Series: Riding momentum of the win in Las Vegas, Brad Keselowski had a tire issue, a brush with the wall and was staring down his first career last place finish. But, as Brad said following the race, “We ran over something after that first yellow, and it was a long day from there. Guys fought hard to get to 19th.”

Xfinity Series: Justin Allgaier was one of two cars that could run with leader Kyle Busch, but an issue that saw Stephen Leicht grenade an engine that sprayed most of Phoenix for mosquitos, Allgaier faound the oil, and end up finding the wall. Hard contact took the No. 7 Brandt Chevy out of contention, but hard work by the crew kept him running able to salvage a top 15.

Monster Energy NASCAR Cup Series: A very hard hit for Michael McDowell during the race made for a rough weekend at his home track. McDowell said via his website that he came off the corner and noticed that throttle pedal was gone and it was still wide open. A failure like that on a track like Phoenix, you’re just glad he walked away. A bad weekend for McDowell started during qualifying as Daniel Suarez took the call “Mc_Driver” to “Mc-Ground”.

Xfinity Series: Christopher Bell was the epidemy of wrong place, wrong time in Phoeinx. Bell was the only one in the field that really had any shot against Kyle Busch, but when when the smoke wall went up, Bell dinged the big blue wall and found himself down at out, once again in the Valley of the sun.

Phoenix was a great weekend for a guy named Kyle Busch, many still think the new aero package is a question mark, and some don’t like the fact it’s hard to pass. Something tells me, passing will be all over the place in Fontana this week. The question will be, “How wide can you go”? seven or 8 wide on restarts? We’ll see if that sends some Cup and Xfinity drivers to the rollback.