The Good, The Bad And The Rollback Riders-Martinsville Speedway 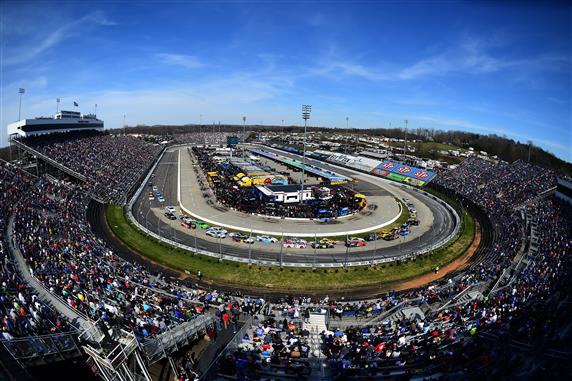 Entering Martinsville, all of the talk was about one driver. Kyle Busch had dominated the west coast swing.  The Monster Energy NASCAR Cup Series and the Gander Outdoor Truck Series stopped at the first short track of 2019. We look back and who controlled their tempers and who lost it all in Virginia.

Monster Energy NASCAR Cup Series: Brad Keselowski – It wasn’t just a good day. It was a full on butt kickin’ kind of day for the driver of the blue deuce. Keselowski led 446 of 500 laps. Those other 54, he just felt generous towards the field.

Gander Outdoors Truck Series: Ross Chastain. It would be easy to give it to the winner, but Ross continues to show how good he is, leading 54 laps at Martinsville Speedway and bringing home another top 5 run. The bad from the beginning of the season, hasn’t gotten Chastain down, in fact, it may have encouraged him.

Monster Energy NASCAR Cup Series: Ross Chastain. Some days your the bug, others you’re the windshield. Ross was both over the weekend in Martinsville. Great run on Saturday in the trucks, but an engine failure late after a solid run left Chastain hoping for more.

Gander Outdoors Truck Series: The Field. Anyone not named Kyle Busch wad digging for scraps on Saturday and that left the truck series field ready to head to Texas before the checkers even flew

Monster Energy NASCAR Cup Series: Jimmie Johnson. For a guy that has 9 wins and makes Martinsville Speedway his own personal playground. The 48 team may have been looking for a rollback with an ill handling car that sent the seven time champ to a 24th place finish, 2 laps down.

Gander Outdoors Truck Series: Gus Dean. It was rough from the beginning, laps down early, an oil line issue and a spin forced Dean out of the race at Martinsville Speedway after just 61 laps. To bad it’s not golf, Dean could call for a muligan after that one.

Next up is Texas Motor Speedway where a semi-new track will see a bunch of sticky stuff to help widen out the groove and test these drivers as they’ll be running wideopen around Texas.