To XFINITY & Beyond: Cindric Doubles Down at Kentucky! 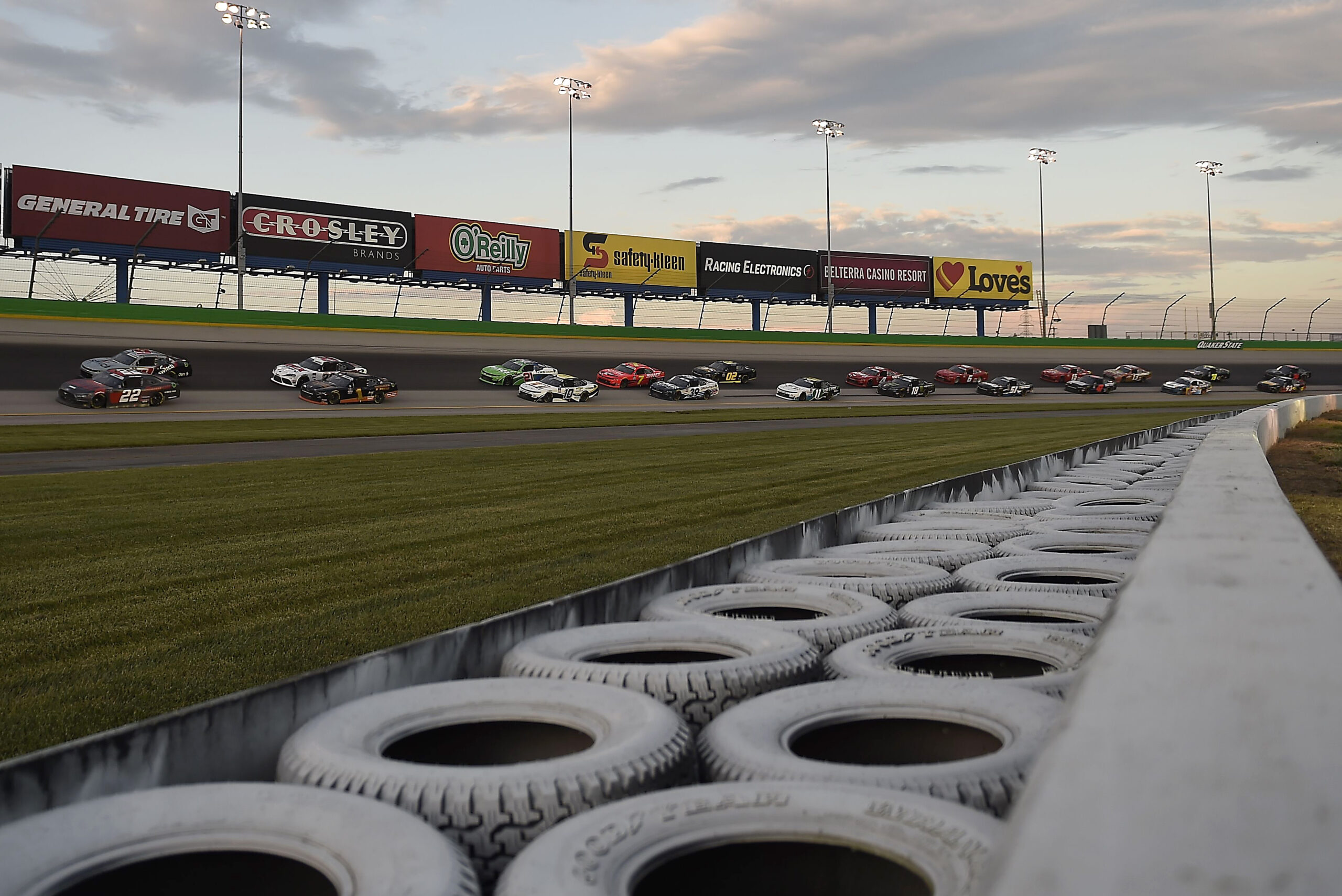 On Thursday and Friday night, the NASCAR XFINITY Series headed to Kentucky Speedway for a doubleheader. While the two races had plenty of differences, there were a few key similarities to them. Gragson was strong at Kentucky, but not quite strong enough. (Photo by Jared C. Tilton/Getty Images)

Noah Gragson led a career-high 87 laps and won both stages on Thursday night before a series of late race restarts caused his strong run to rapidly unravel. On the final restart of the night, Gragson had contact with teammate Justin Allgaier. Allgaier would wreck later in the lap, and Gragson would drop to 11th place. The next night, Gragson again started well, winning stage one and leading 37 laps. Gragson sped on pit road after winning stage one, and wouldn’t find his way back to the lead for the rest of the night. He finished the night in seventh place. This was the first of two torn up cars for Jones at Kentucky. (Photo by Jared C. Tilton/Getty Images)

The Hurt is on For Jones

Brandon Jones had a pair of races to forget at Kentucky. On Thursday night, his night was over in less than a lap. After the #8 car of Jeb Burton got loose under Ross Chastain fighting for second place, there was nowhere to go for Jones, who clobbered the spinning Burton. On Friday night, things looked to be going better. Jones scored points in both stages, and looked to be on track for a top five finish, but an encounter with the #8 car once again derailed his hopes. This time, though, the #8 was driven by Daniel Hemric, who battled Jones hard for second place. Jones, on the bottom of the track, got sideways heading into turn one in the closing laps and spun, backing his car into the wall and ending his day.

The incident put an exclamation point on a terrible stretch for Jones. He’s failed to finish each of his last four races now. Three of those were due to crashes, and two of those crashes took place on the first lap. Jones has been the epitome of feast or famine, with seven top fives and six finishes outside the top 25. A win at Phoenix in March means Jones will still make the playoffs in the fall, but he’ll have to turn things around if he wants to be a title contender. Cindric’s hoping this will become a familiar sight in 2020. (Photo by Jared C. Tilton/Getty Images)

Cindric is in a Class of His Own

Austin Cindric was clearly the class of the field both nights. On Thursday night, things came together late in the race. A restart with around 40 laps remaining, allowed Cindric to grab the lead from Justin Haley. Cindric toughed out three more late-race restarts to take his first-career oval win in the NASCAR XFINITY Series. On Friday night, Cindric’s dominance came to light, as he led 130 of the race’s 200 laps.

With that pair of wins, Cindric locked himself into the playoffs and captured a hefty 11 playoff points, making a total of 15 playoff points already this season. That puts him third in that category behind Noah Gragson and Chase Briscoe. Those two lead him in the regular points standings as well. This weekend, though, makes clear that Cindric will be a serious championship contender come playoffs time, and that he can certainly take the fight to Gragson and Briscoe when it counts.

The NASCAR XFINITY Series will head down south to the Texas Motor Speedway on Saturday, July 18th at 3 PM eastern time on the NBC Sports Network. They’ll be running 200 laps in a doubleheader with the NASCAR Gander RV and Outdoors Truck Series. The trucks will finish out the day with 145 laps at 8 PM eastern time on Fox Sports 1.