Kelli Smith Prepares for a High Heel Dash at Charlotte 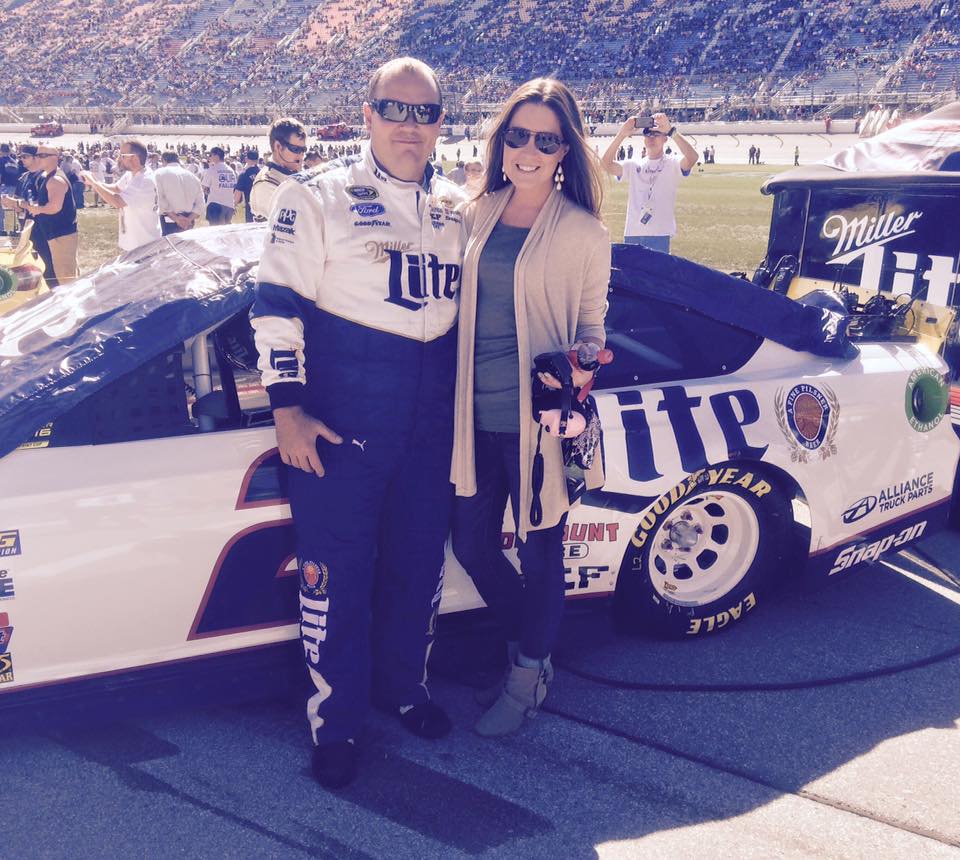 One of the most unique facets about the world of NASCAR racing is that it’s truly a sport where everyone can make a difference.  The drivers put on a thrilling show on the track each weekend while the weekend warriors prepare those stock car machines or going over the wall to bust out sub-12 second pit stops.

For those who may not be the racers or the brave pit crew members comprising a NASCAR team, there’s always another way to make that difference to shine a light for others.

Kelli Smith has found her place in the stock car world with the same zeal that racers possess while keeping others in mind for a great cause each May at Charlotte Motor Speedway.  While she doesn’t clamber into one of those steel chariots to go nearly 190 mph on the 1.5-mile track, she’ll put on special paraphernalia on Thursday evening. Smith looks to be on top of the “heel” on Thursday night.

Smith will be one of the 11 participants who’ll race their way down pit road in the Motor Racing Outreach’s High Heel Dash.  The catch is that Smith and her comrades will wear high heels which they’ve custom designed to raise funds for charity.

For Smith, the event made her feel at home with her fellow peers by being able to give back to the racing community through a welcomed organization in the Motor Racing Outreach.  The event, unique in nature, is every bit as enjoyable and gratifying as the races on Sundays.

“MRO or the Motor Racing Outreach, is a ministry that supports NASCAR families on and off the track,” Smith said. “Last year was the first running of the High Heel Dash.  Each runner raises money for her charity of choice and mine is MRO.  The runner with the highest donations get to pick pole position while the race winner gets $5,000 towards her charity!”

The impact that MRO has with the racing community is second to none.

As Smith said, “MRO provides support on and off the track.  They have socials where we go eat lunch, have play dates with our kids, race watch socials…you name it.  At the track, there is a community center where the kids can take a break, have a snack, bible study time or just play!

They also have chaplains and chapel before each race.  It’s been a real blessing to us because I didn’t know anyone prior to moving to North Carolina.  It’s made all the difference in that transition.  Racing is so different than every other sport as it’s a long grueling season.  Although we love and support the passion of our men, it helps to have the support from other wives and girlfriends that understand!”

Prior to the race, Smith and the Dash participants had their entries judged at the Speedway Club.  To say the least, the time and effort put forth into designing these special footwear was as dedicated as the fab shop working on a new stock car body prior to the race weekend.

Much like a NASCAR driver and team, the result was just as surprising but exciting. “The Speedway Club was so gracious to have the High Heel Dash runners for a dinner and gala,” Smith said.  “It was absolutely beautiful.  Once there, our shoes went through tech and judged by a panel of judges.  Each runner was introduced and the shoes were revealed.

I was actually really bummed about my shoes thinking they were pretty lame in design.  Two hours prior to the gala, I ran to AC Moore and grabbed some rhinestones, literally finishing the last heel moments before arriving!  I guess that was just what they needed!  I decided on using decals from the shop that were also used on the car. I was really shocked when they announced my name.”

After participating in the inaugural race last year, Smith has put forth a total effort in all aspects of the High Heel Dash as she captured the Best Shoe Design award last Thursday.

While she didn’t pay a visit to the wind tunnel, it seemed like she took a lot of time and care with Thursday’s race without pushing the envelope too much. Competition fuels the ever revolving world of racing.

“Tech for this race is no joke!” Smith remarked.  “The heels must be three inches and you cannot add any grip or alter them in any way!  Last year, I had no idea what to expect.  I thought I had an advantage by having a strap and open toe heels but they were prom style shoes and slippery on the bottom.

This year, I put a lot more thought into the style of heels as they are closed toe, rubber grip on the bottom and have straps!  Not to mention, they have that fancy Penske design!”

Like the Team Penske racers, Smith is about ready for the race, opting for a comfortable approach.  After all, it’s not everyday that a racer runs with high heels.

“I’ve never considered myself a runner,” Smith said.  “Last year, I was told I needed a new crew chief and I must have left my engine at home.  This year, I’m much more comfortable in my shoes.  It’s just a matter of how much I want to risk falling.  If you run hard, you risk falling hard.  I’m gonna run as fast as I can as safely as I can!”

Team spirit is certainly prevalent with Smith as well as the runners who’ll surely showcase their better half’s team colors all with their high heels.  Regardless of the outcome, Smith shares the sentiments of her peers in building friendships while being a positive member of the community.

“The High Heel Dash was brought to life in order to let the ladies shine for our own race and to meet other ladies that share the same lifestyle,” Smith said.  “It’s intended to build each other up.  Although we all want to win, we are all cheering each other on.  They are all fantastic women that just want to give back to our community.  It’s such a great event!”

After all is said and done with the race on pit road, Smith, along with the runners, will put their high heels in the good hands of MRO for an auction. “I won’t have them long,” Smith observed.  “They will be auctioned off after the race which is exciting because the money raised will also benefit MRO.  I had some help from some girlfriends who would constantly send pictures and ask opinions.  I’ve had a lot of support going into this event.

I wanted to make them into a replica race car but my ambition exceeded reality!  I wanted to also make sure the Penske 50th Anniversary decal was on them so there is a nice piece of history on these shoes!”

Fans at or away form the track can still be that difference maker for Smith and the High Heel Dash runners all with a kind contribution online.

“You can find your favorite team and/or represented runner with their bios at www.mrohighheeldash.com,” Smith explained.  “It is tax deductible!  The race is before qualifying on May 26 so if you are at the track, stick around to watch!”

Smith smiles with her Scott Eldridge, her supportive better half.

Ultimately, Smith will be a winner regardless of how she fares.  At the end of the day, she’s got the love and support of her boyfriend Scott Eldridge, a mechanic with Brad Keselowski’s No. 2 team.

“I guess I would say I’m incredibly thankful that Scott loves his job and I love being his cheerleader,” Smith said.  “I am also thankful for the girls that I have met along the way.  They seem to make it so much easier on weekends that he is gone.”

Author’s Notes :  Special thanks to Kelli for the photos and information regarding Thursday night’s MRO High Heel Dash at Charlotte Motor Speedway.  If you’d like to support Kelli and her peers with the race, visit http://www.go2mro.com/highheeldash/index.php and make a difference right now!