Penske, Acura Go Back To Back At Mid-Ohio 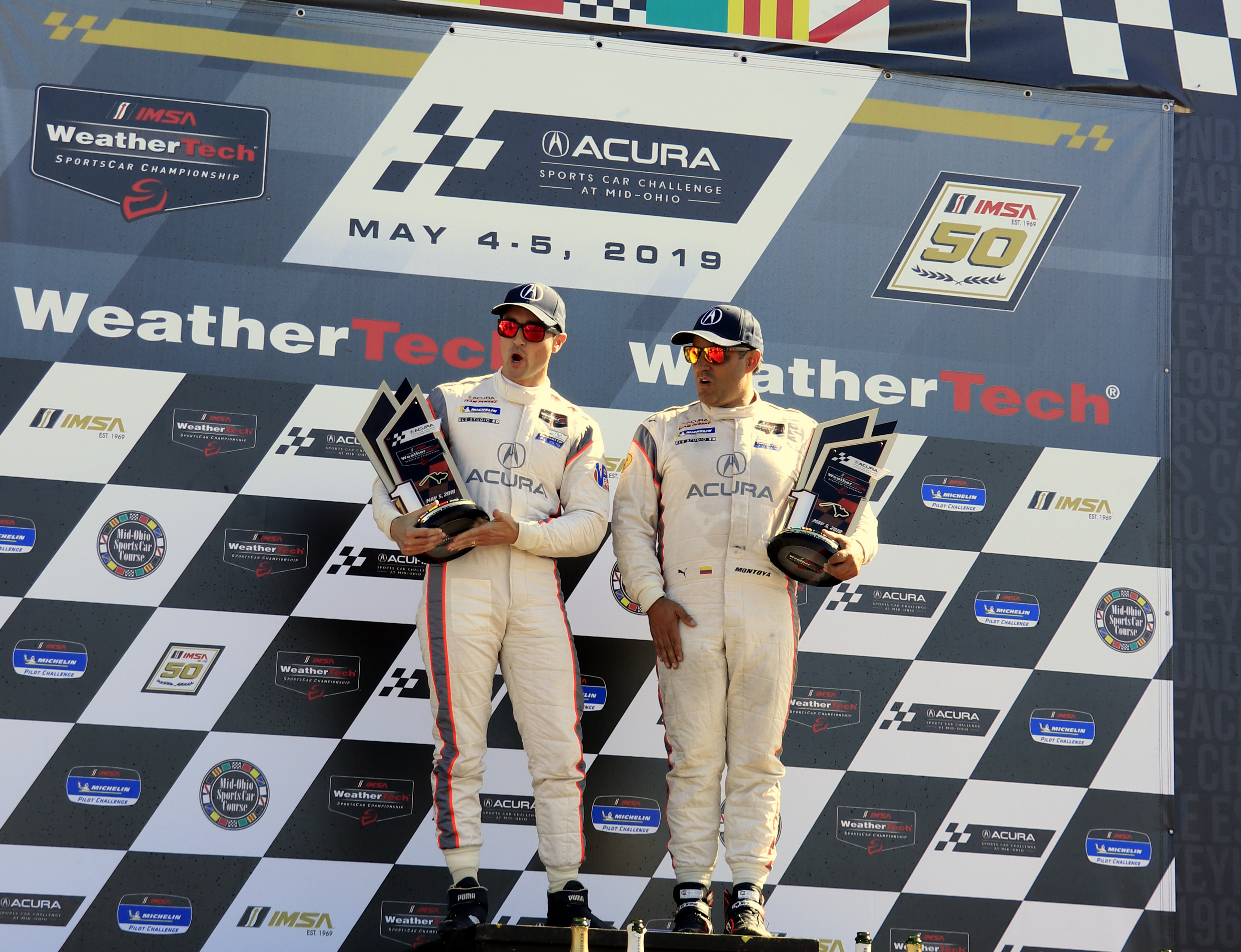 One year ago, Team Penske took Acura to victory lane at Mid-Ohio for the first time. It was a dominating win for Helio Castroneves and Ricky Taylor. Fast Forward to this weekends Acura Sports Car Challenge on the 13 turn road course and Team Penske is back. This time it was Dane Cameron and Juan Pablo Montoya, last year, they were one step down on the podium.

Montoya and Cameron turned the tables on the weekend-long battle with Mazda Team Joest in Sunday’s race. The Team Penske Racing Acura showed speed when it mattered most. They did it both on the racetrack and on pit road.

Montoya took the lead with an hour and 18 minutes remaining following the middle pit-stop sequence and the No. 6 Acura outmuscled Tristan Nunez in the Motul Pole Award-winning No. 77 Mazda RT24-P DPi. Montoya would pull away on a restart with 24 minutes remaining to win by 2.022 seconds.

I think we just executed well,” Montoya said. “We’ve been unlucky with mechanical issues this year.” The Team Penske No. 6 Acura was finally able to put it all together.
“Last year we had a lot of races where we would finish second and third, but could never get it done. If you had told me last year when I made the deal it was going to take me this long to win my first race, I would have said no way. So it’s nice to finally put it together, it’s a pretty big day.”Montoya said.
For Cameron, the victory was his 13th in IMSA competition, that includes 11 in the WeatherTech Championship. Plus Cameron had one each in GRAND-AM and the American Le Mans Series.
“It’s really satisfying to win today,” Cameron said. “We definitely didn’t expect to have the year we had.” Cameron added that they were a little surprised by the start to 2019 as well.
“It’s really nice to have a really close to perfect race today.”

The victory wasn’t lost on Cameron for the importance of winning a race that their manufacturer sponsored.
“Obviously, it’s a super important day,” he added. “It’s great to see Acura so involved in our sport and this series, and this type of racing. Everyone wants to win the big marques enduros, but before that, it’s just as important to win the title sponsor races. Hopefully, they can continue to grow their involvement in motorsport, and we can continue to work with them.”
Mazda Team Joest swept the final two spots on the podium led by Nunez and co-driver Oliver Jarvis in second aboard the No. 77. Jonathan Bomarito and past IndyCar champion and Indy 500 winner Ryan Hunter-Reay .
Related TopicsAcuraDane CameronfrontheaderheadlineIMSA Weathertech Sports Car ChampionshipJuan Pablo MontoyaMid-Ohio Sports Car CourseTeam Penske